Csenge Szilágyi, the Nagyvárad born actress graduated the University of Theatre and Film in 2013 in the music-actor class of Eszter Novák and György Selmeczi. She already stood out in the University with her strong and interesting personality, unique singing voice and comedian skills. During her practice she played at Bárka Theatre and National Theatre, where she performed the title role of Sándor Bródy’s Tanítónő. After her diploma she became a member of Cent­rál Theatre where she could show her complex talent in roles like Velma Kelly from the Chi­ca­go. In the performance The Seagull by Kultúrbrigád she portrayed Mása with convincing strength. She is a returning guest actor of the Castle Theatre Kőszeg in the summer performances since years.

In 2015 she became a member of Vígszínház, and already in her first season she played very important roles like Abigail from The Crucible staged by the Mohácsi brothers or Dorothy from The wizard of Oz directed by László Marton. Later she got the role Julika in the iconic play Liliom by Ferenc Molnár.

In 2016 she got the Junior Príma Prize. In the same year Vígszínház premiered the drama The Pent­he­si­le­ia Prog­ram by Réka Kincses, where Csenge plays the title role with moving authenticity. In 2017 and 2019 she won the Varsányi Irén Memory Ring, in 2018 she was awarded with the Ajtay Andor and the Ruttkai Éva Memory Prize by Vígszínház.

In the performance The Stone she shows three ages of a woman with genuineness and vitality. She makes a memorable performance in The Great Dictator as Hanna, she is the French princess in Love’s Labour’s Lost, the temperamental Marcsa in Mickey, the Magnete and the strong and charming Jordan Baker in The Great Gatsby.

Besides her theatre roles she is also known from the TV series Tóth János and Kor­ha­tá­ros sze­re­lem and her voice can be recognized in the dubbed versions of many foreign blockbuster movies. 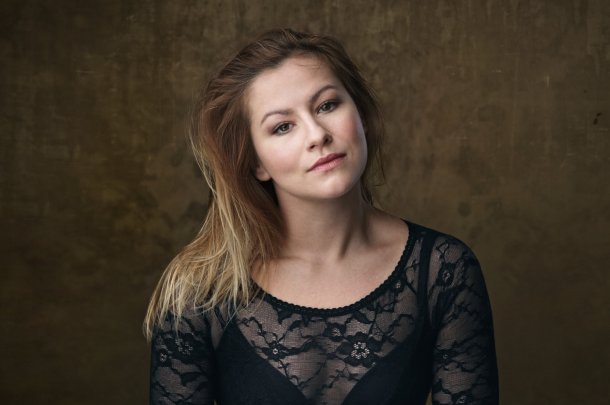 Lejátszás
We use cookies for better experience. More infoAccept