Péter Rudolf was born on the 15th of October in Budapest as a child of schoolmaster parents. In the first five years of his life he lived in small villages and then at the age of 11 he moved back to Budapest again. He graduated at the Móricz Zsigmond Highschool. In the year 1979, after one year of military, he was accepted to the University of Theatre and Film in the class of László Marton, Péter Valló and Imre Montágh. He spent his professional practice at Vígszínház Budapest, where he played as a student the role Puck from the A Midsummer Night’s Dream.

He started filming already during the University and was playing in very popular and successful movies like Cha-Cha-Cha, Daniel Takes a Train and The Revolt of Job, achieving recognition both from the audience and the critics.

After getting his degree in 1983, he became an actor of Vígszínház Budapest, where he stayed until 1998. Beside his works in the theatre he also did voice acting, worked in the radio and was shooting, mostly in Hungarian films, but he had smaller roles in Hollywood movies and other international productions too.

His debut as a stage director was in 1992 with the play Look Back in Anger which was on the repertoire of Pesti Theatre with full house for years. At the temporary built tent for Vígszínház Budapest at the Nyugati railway station he staged Angels in America written by Tony Kushner, then later The Fan by Goldoni, and The Crucible at the newly renovated Vígszínház.

In the year 1998 he became a freelancer artist, in the next four years he played among others the role Richard the III. in Miskolc, Bóni from the Csárdásfürstin in Kecskemét, and a Gogol monodrama at Thália Theatre. He was the lead in the feature film Smouldering Cigarette directed by Péter Bacsó, and in 2000 with his wife, Eszter Nagy-Kálózy they created the performance And Romeo and Juliet, which is still on the repertoire until today with a huge success, just like the play Stones in his Pockets, where his partner is Kállóy-Molnár Péter and was premiered in 2002.

In the year 2001 he made his debut as a film director with the film Glass Tiger, which became a cult film of the era and because of the big success, also a second and a third part of the movie was made.

Between 2003 and 2005 he was the art director at New Theatre, and then again he opted for freelance. With his cooperation the TV Series based on improvisations Beugró was released, and as an actor he constantly played in performances of Central Theatre. He did a lot of audiobooks in several genres and subjects, from Jenő Rejtő to Béla Hamvas, Frigyes Karinthy to Loe Erlend. In the years 2013-2014 he was both the producer and the director of the 19th century costume TV Series Kossuthkifli with 6 episodes, based on the novel of Béla Fehér.

In the last years he was constantly working as a stage and film director, and as an actor on stage and in films as well. For his role in the movie 1945 he won the Critics Award and the Best Actor Award both at the Hungarian Film-Review and in Warsaw.

Since some years he joined the writers team of an international production company for TV, where they have developed the TV Series A La Carte. Now he is working on the preparations of a comedy in Czech and Slovakian coproduction.

He was teaching and giving lectures on the University of Theatre and Film both for screenwriters and actors.

With more than a 70 theatre and almost 50 movie and TV film roles, 14 theatre staging and a number of feature films he is a bearer of many awards and acknowledgements.

From the 1st of July 2020 he is the general director of Vígszínház Budapest.

He has three children, all of them working in the industry. His wife is Eszter Nagy-Kálózy, actress. 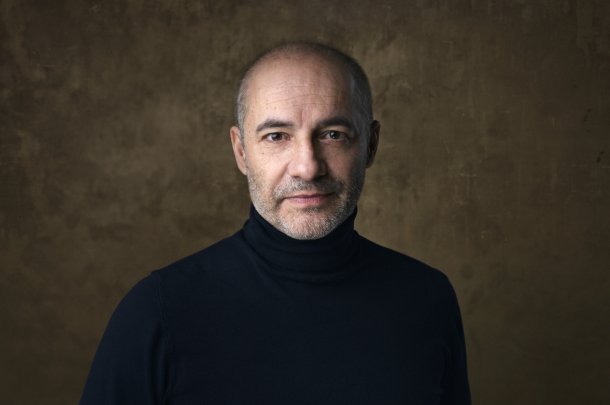